Unified groups in office 365 is a new alternative to the distributions groups and comes with a lots of others features, which users can setup from their mailbox itself, and if there is no naming policy there is risk of having a lots of unstandardized Groups, and with the unstandardized names groups are a pain for the Exchange admin to Manage, hence it’s the best to apply naming standard for the DLs, so to solve this issue Exchange online provide options to setup Group Naming Policy, In this article we will learn how can we setup the group naming policy.

Example: In the below example a User type the Group name to be as “Sales_Team” after the group policy was applied its display name would appear as below.

We can specify a specific prefix and suffix to be added to the Group name to be created and can block specific words to be used in the Group Name, which eliminates the use of inappropriate words in group names.

Below are the steps to setup the group Naming policy.
Open the Exchange Admin center, (https://outlook.office.com/ecp)
Go to Recipients, Groups

A new Configuration pop up windows will be opened, Add the attributes you want to be added to the Group Name prefix and suffix. 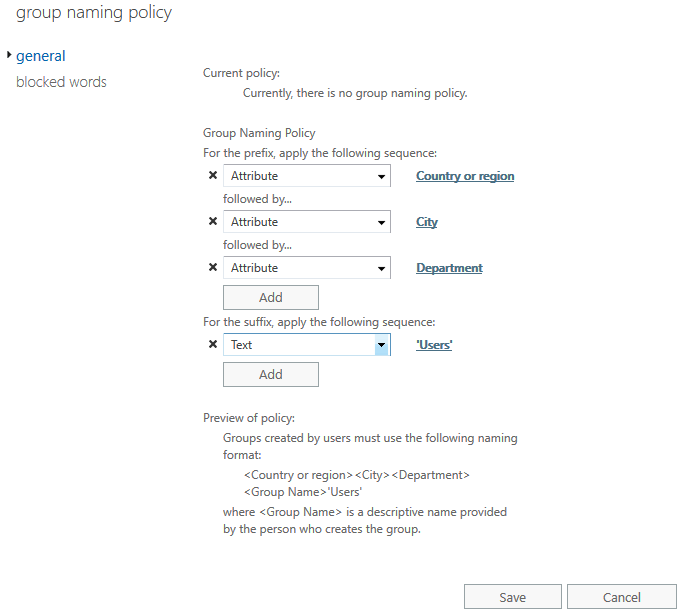 Next, you can go the “Blocked words” and add the words you wish to block to be used in the Group names. 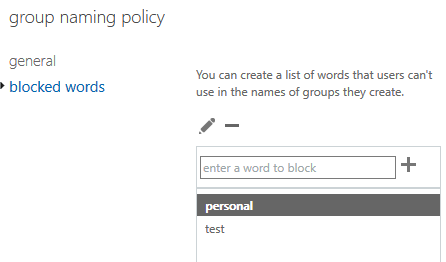 Let’s now see how users will see the impact of the Group name policy when users try to setup any New Group.

To setup a new group click on the "+ Create" or drop down from "+ New" main menu in Outlook on the Web.

Now if I try to setup a group with the letters which are blocked to be used by the policy I see the below error.
And the name and the email address has automatically been updated with the prefixed and the Suffix. 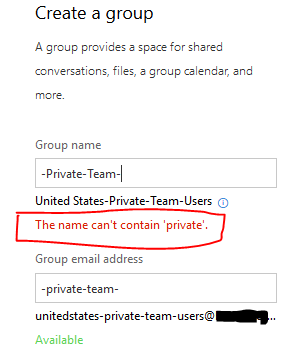 Now lets me setup a group for IT team. 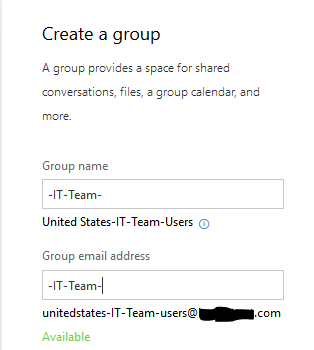 Note: The policy is only Enforced for the end user, and is ignored when used ECP.

The example below, when trying to setup a new group form ECP no Group Name policy enforcement. 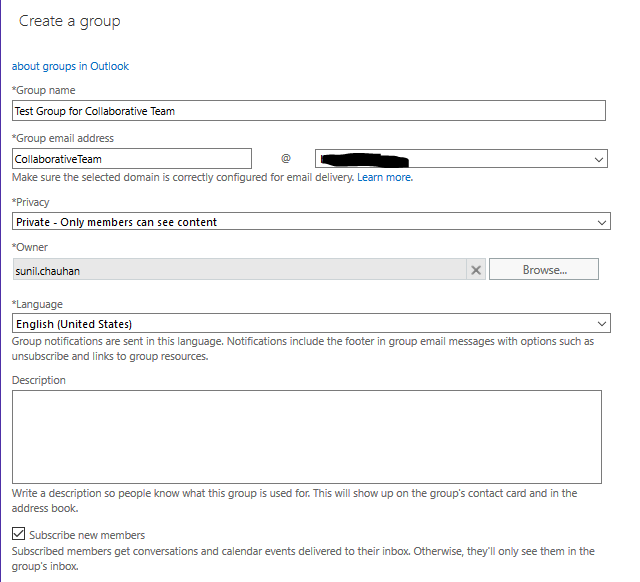 So, this is how a Group Naming policy can be setup in office 365 Exchange online environment.

How to Install and Connect to AzureAD Module for PowerShell?

Installing the Azure AD Module In this post, we will see how can we install the AzureAD Module which supports the multi-factor authentication. So to install the AzureAD Module for PowerShell, Open the Powershell as an administrator, and run the following CMD. Install-Module AzureAD  This cmd will download and install the module from the PSGalery automatically. Import-Module AzureAD Once the Module is installed we need to import the module. Connect-AzureAD# This CMD will invoke a login pop up for authentication. After the authentication is done you will see the screen below. There are 181 CMDs available in this module we will review those CMDs in the future posts.